Annarosa Buttarelli and Lucio Pozzi, with Donata Negrini and in co-prodaction with Fondazione Palazzo Te, display art every so often, suddenly, for brief moments and in varied sites, even art spaces.
These are exhibitions or events, things done by people we come to know, whom we ask to do something: friends, family, acquaintances, ourselves and especially many others. They are things to see, but then it also happens that there is stuff to read or listen to or touch or taste or smell.
Mantova is not only an ideal center for reticent yet public action but it is also a mental place that may sprout elsewhere. It all starts from Mantova, but then TAM may happen anywhere: Lodz, Ulan Bator, Bamako, Paris, Asuncion, even Mantova.
Our events take place when they occur. They are announced by word of mouth or by email. Normally they last a couple of hours or a bit less. Rather than being linked to a program, the sense of this endeavor generates its meaning while it happens.
(Manto is the mythical priestess founder of Mantova.)

MATtam. An informal series of very short moments of art or other stuff for an open and live exchange of ideas and inventions.

TAM's are realized in co-production with:

All the TAM'S realized. So far. 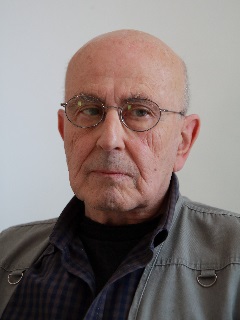 Lucio Pozzi was born in 1935 in Milan, Italy. After living a few years in Rome, where he studied architecture, he came to the United States in 1962, as a guest of the Harvard International Summer Seminar. He then settled in New York and took the US citizenship. After a while, his art began to be seen in the US and abroad in galleries such as Bykert, John Weber, Gianenzo Sperone, Yvon Lambert, Leo Castelli. He currently lives and works in Hudson, NY, and Valeggio s/M (Verona) Italy. Pozzi is a painter who likes to paint and pursue his painterly concerns in other media as well.
www.luciopozzi.com 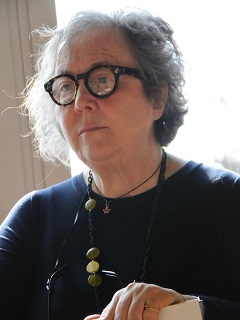 Annarosa Buttarelli teaches Philosophical Hermeneutics and Philosophy of History at the Verona University (Italy). Since 1988 she is a member of the philosophical community Diotima. She has written essays that have been included in six books published by Diotima ("Oltre l'uguaglianza",La sapienza di partire da sè", "Approfittare dell'assenza", "La magica forza del negativo", Immaginazione e politica", "Politica e potere non sono la stessa cosa") ("Beyond equality", The wisdom of departing from the self", "Take advantage of absence", "The magical force of the negative", "Imagination and politics", "Power and politics are not the same thing"). She has devoted many essays, translated and edited publications by and about the Spanish philosopher Maria Zambrano, of which she is considered a prominent scholar. For the publisher Moretti & Vitali she directs the collection "Corrispondenze di Mairia Zambrano" (Maria Zambrano's correspondences). She is a member of the Italian section of IAPh (Internationale Assoziation von Philosophinnen). Because of her commitment to the thought and politics of difference she has been for years part of the editorial board of the magazine "Via Dogana". With Luisa Muraro and Liliana Rampello, she edited the volumes "Duemilaeuna – donne che cambiano l'Italia" (Twothousandone, women who change Italy), (Pratiche ed.) and "La rivoluzione inattesa. Donne al mercato del lavoro" (The unexpected revolution. Women in the labor market) (Pratiche ed.). With Federica Gardini she has edited the book "Il pensiero dell'esperienza" (The thought of experience) (Baldini Castoldi Dalai) a collection of contributions to the theme by women philosophers from the whole world. Recently she has edited a new edition of Carla Lonzi's "Taci, anzi parla. Diario di una femminista" (Shut up, or rather: talk. The diary of a feminist) (et al. Edizioni).
scuoladonnedigoverno.it 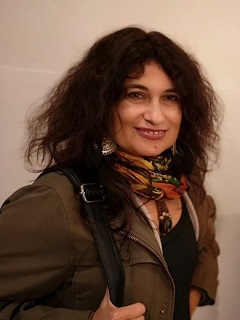 Donata Negrini has written and writes about visual art, music, poetry and performance, with particular attention to the art of women. She belongs to the cultural association "Non Capovolgere Arte Contemporanea", which for 15 years has been organizing the event "Arte sull'Acqua" in the Rio di Mantova during the Festivaletteratura. Collaborates on specific projects with artists. She teaches literature at a High School in the city.

Do you have an artist or a location to propose?
This email address is being protected from spambots. You need JavaScript enabled to view it.

MATtam. An informal series of very short moments of art or other stuff for an open and live exchange of ideas and inventions.